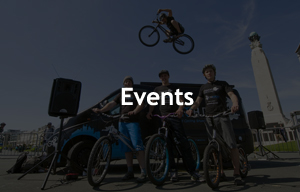 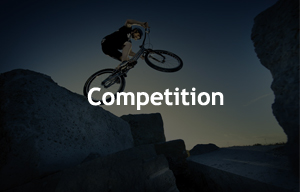 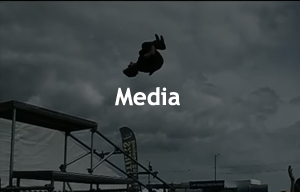 Its 2020!!! Welcome to the website and hope you are having a great start to the year. Andrei and the team are getting booked up fast for this coming show season and with the new display rig boasting to be the highest show rig in the world, its definitely something you want to see! We have teamed up with our long term sponsors Saltrock Clothing to create a new display set up for 2020 to go on tour and deliver more jaw dropping shows across the UK, Europe and even the World!! Have a scroll through the site to have a look at what we have been up to and simply email us at [email protected] to see if we are available for your event. 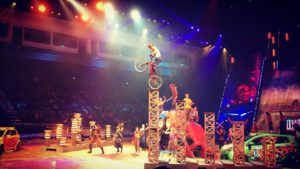 Andrei is the current British Elite Trials Champion and has broken 8 Guinness World Records!!! If your looking for a gas dropping show for your event, you have come to the right place! Andrei has also teamed up with Owen Gawthorpe, ranked 2nd in the  UK and one of the best riders to come out of the UK, not to mention the various free-runners,  BMXers and mountain bikers that have teamed up with Andrei for various shows. weather your event is in the Uk or anywhere round the world, get in touch today to get them at your event! 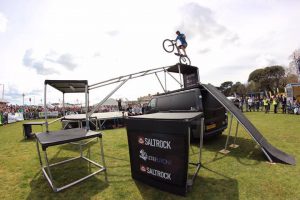 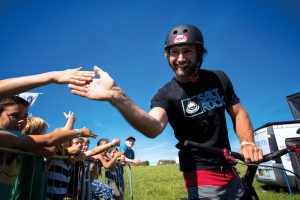 Happy 2017 Everyone! 2016 was an incredible year for Andrei. Not only did he place top 10 in all the UCI World Cups he entered and the World Championships but he also managed to secure the British Champion Title with four Straight Gold Medals at the National Series. Outside of Competitions in 2016 Andrei Performed in more than 10 countries and rode over 200 Shows, performing in front of more than 500,000 people – LIVE! Andrei Also competed in Series 2 of Ninja Warrior UK on ITV1 and managed to make his second final in the toughest obstacle course on TV. Andrei Also broke 3 more Guinness World Records, bringing his tally to 8 World Records!!! Andrei Also organised his annual London Trials Battle in Green Park, Central London, as part of Prudential Ride London which saw riders from as far afield as China And Brazil. Andrei managed to place 2nd just behind 9 times world Champion Kenny Beleay and ahead of 9 times champion of China Zhao Zhaoxuan in front of an icredible crowd on the custom built course he designed for sponsors Buxton Water.

So, where is Andrei going and what does he have planned for 2017? It is already set to be a busy year with 5 round of the World Cup, The European Championships, 5 rounds of the British Championships and The World Championships in China. Apart from that we will be at many events across the UK, such as the VW Festival in Leeds, always a highlight of the year!

Want to know what a show looks like? Watch this to get an idea…

Andrei has also been the face of Berocca UK , check out the long version of the TV advert: